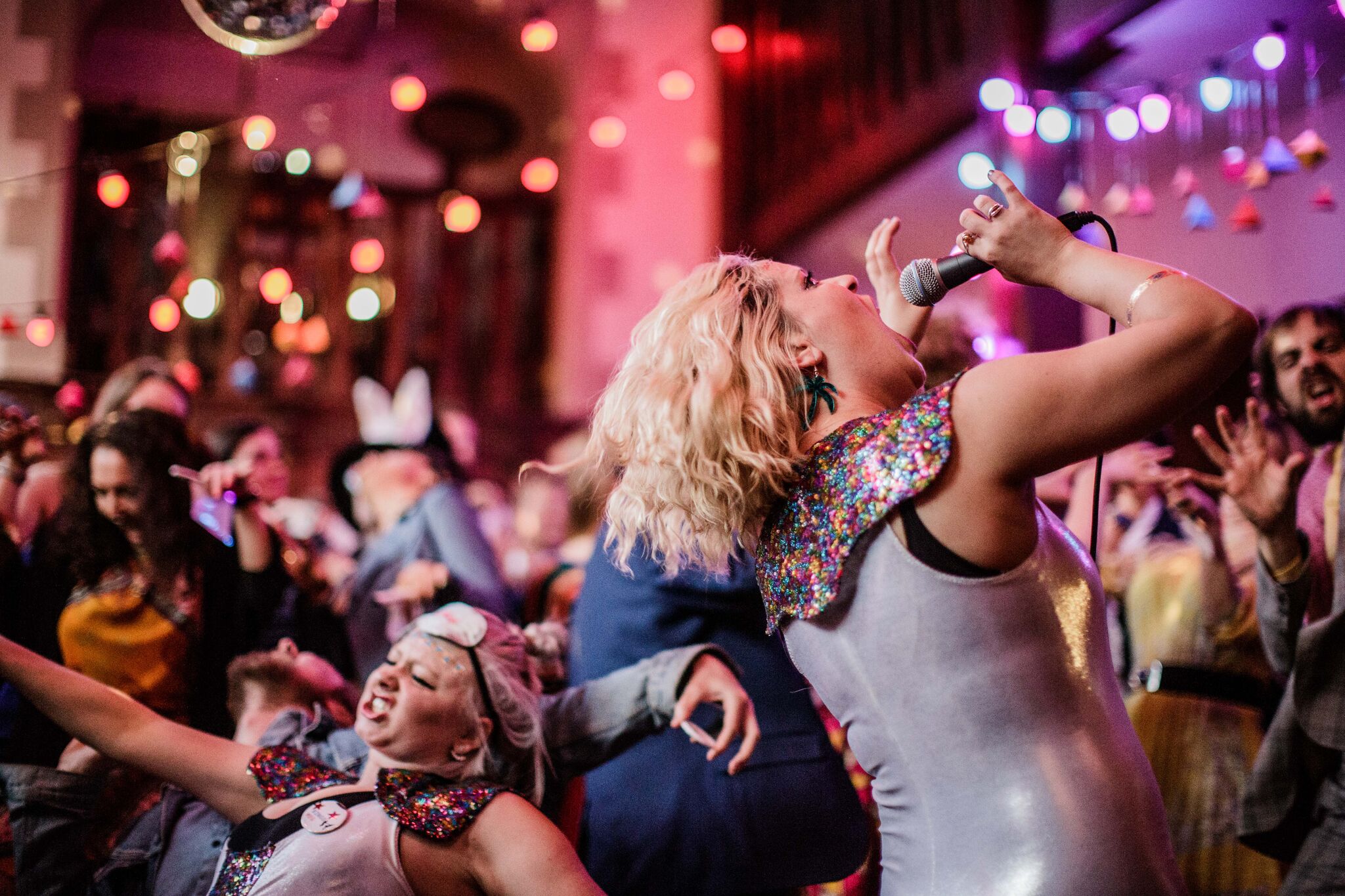 When daylight turns to dusk, something very unexpected happens to Bingo Meg & Disco Jazz. The bingo mobile opens its booty to a whole new crowd; the prizes are more obscene and the dancing steaks are higher! Think Stars In Their Eyes meets The Generation Game and YOU are the star player!

By night, Bingo Meg takes her curious role of bingo caller much more seriously. Her knowledge of numbers between One (the first number to have ever been invented) and Twenty Five (the highest ball in the bingo ball machine) more than certifies her Grade B in GCSE Mathematics. She takes great delight in sourcing quirky top shelf prizes for the car boot.

By night, Disco Jazz is super serious about the D.I.S.C.O and thinks you should be too. Her tenacity and willingness to give even the trickiest dance move a go, will leave you transfixed, and eager to show off your very own moves. Fight your way through the smoke and join Bingo Meg & Disco Jazz in one epic finale game of Carboot Disco Bingo.