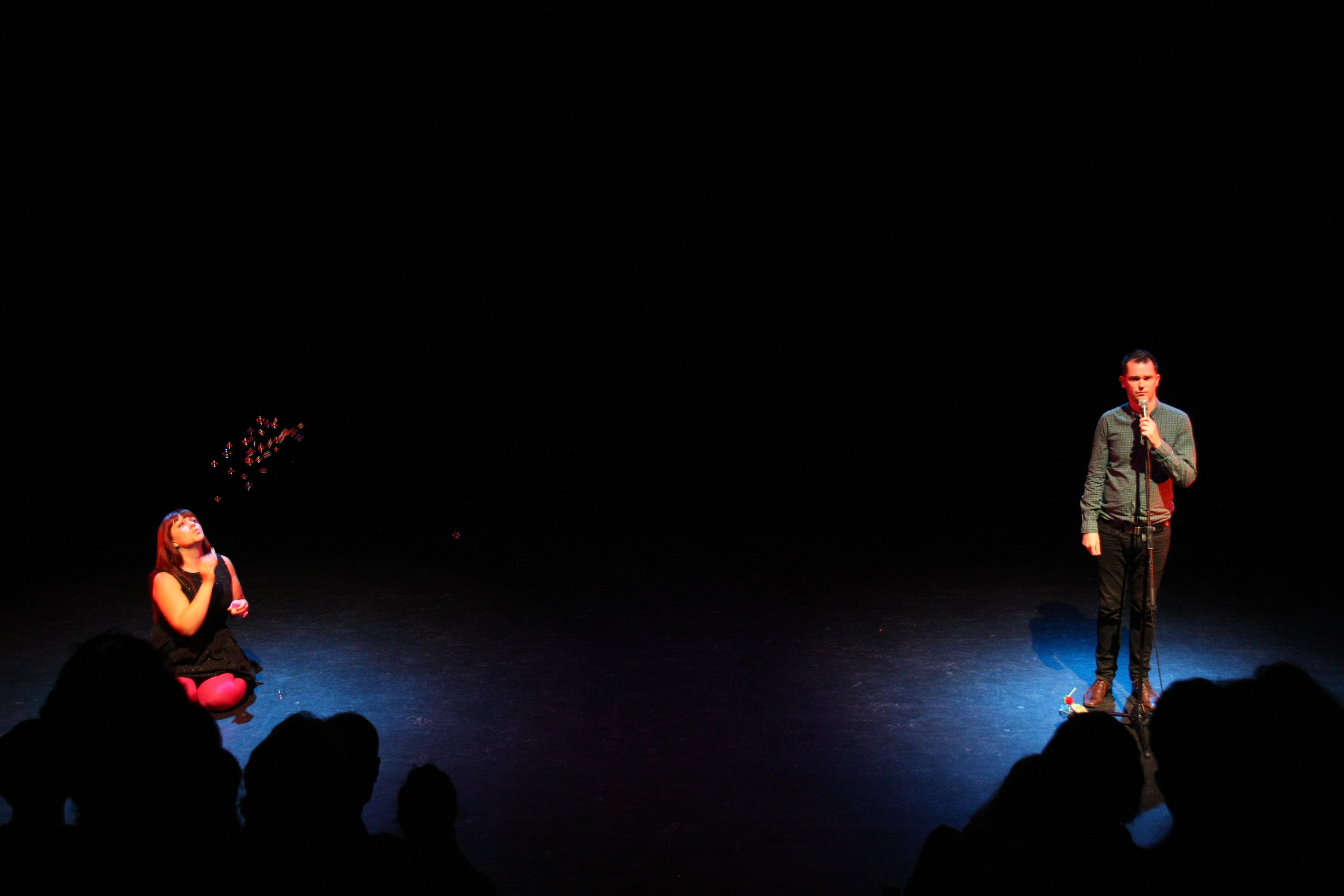 Sheena is blowing up balloons. She wants there to be a party. She wants everybody to dance.

Chris wants us to slow down. He wants us to take a balloon each, and float up high over the city; over deserts, over jungles, over mountains.

Rifting through tales of human endeavour, Disney movie narratives and the legend of Larry Walters, Drunken Chorus try to piece together something magical; only to find themselves surrounded by half- inflated party balloons, scraps of rubber and burst bubbles.

Devised and performed by: Chris Williams and Sheena Holliday.

Developed at Battersea Arts Centre and Junction (Goole), with the support from Hatch.