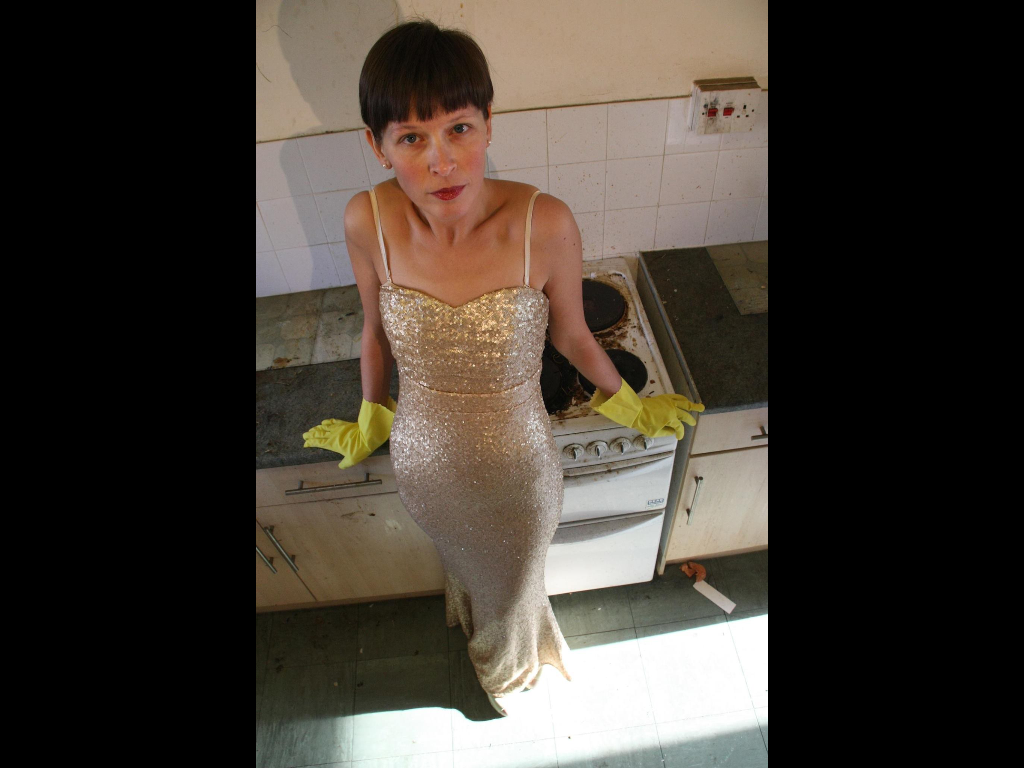 The latest in a series of solo domestic performances created by Leentje Van de Cruys, Kitsch’n Sync is a newly commissioned work taking place on a 1/4 tonne of potatoes in a dilapidated kitchen. It’s a heartfelt and funny exploration of the reality of being a housewife: killing time in a kitchen with only the latest domestic appliances for company. It’s about the glamour of wearing killer heels and yellow rubber gloves.

Belgian actress and theatre-maker Leentje Van de Cruys has been making quirky solo performances about domesticity and women’s identity for the last 10 years. Recent shows include Feedback. HORSE, The Best Party Ever and Knitting To Worry About. She also performs and tours with contemporary theatre companies including Reckless Sleepers, Plane Performance and Proto- type Theater.

Supported by The Future.

Based on a text by Esther Gerritsen.