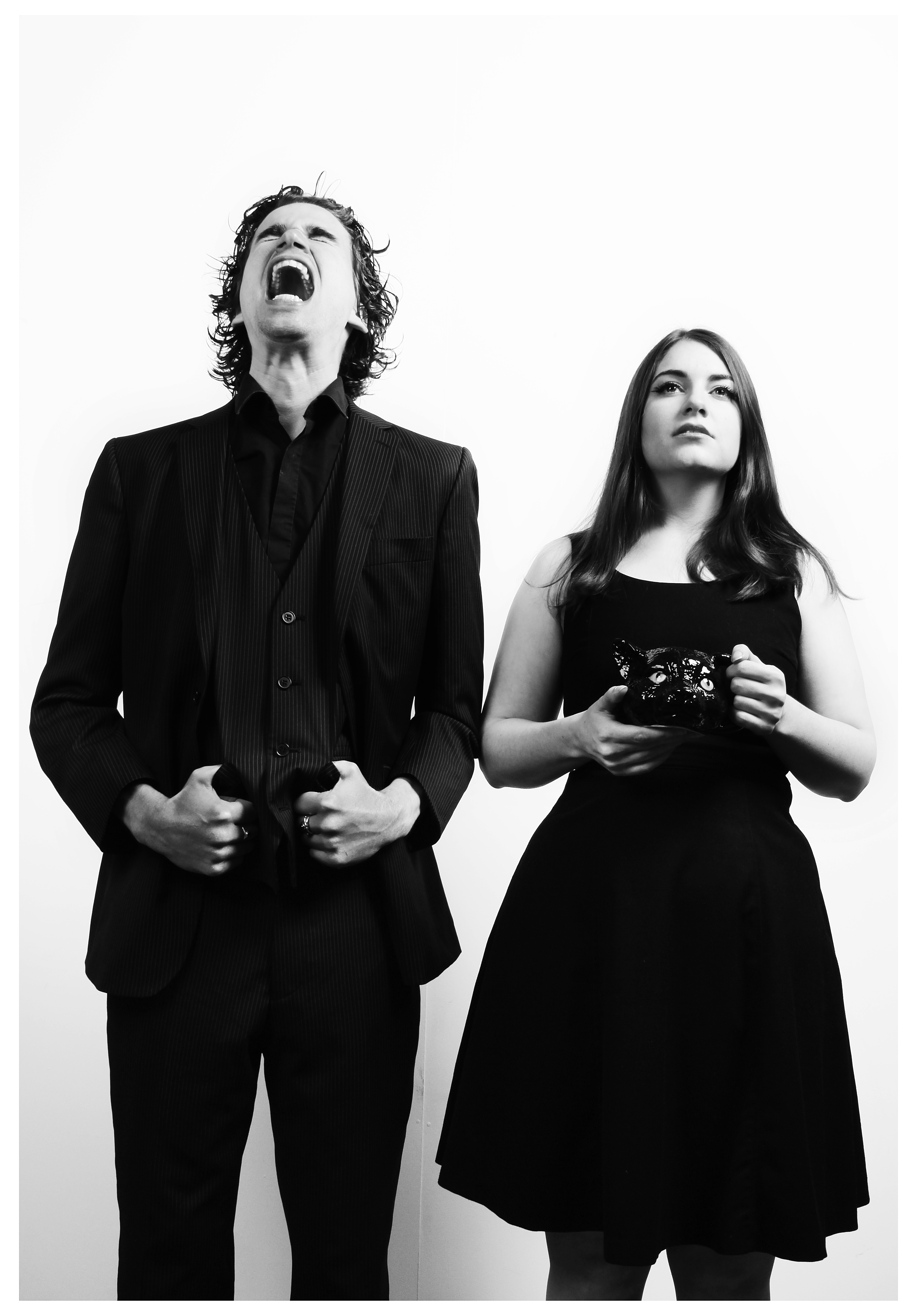 Who has not, a hundred times, found himself committing a vile or a silly action, for no other reason than because he knows he should not?

Two performers dismember the process of adaptation by reimagining this macabre classic with the cheekiest of glints in their eyes.

An enigmatic writer has adapted Poe’s original story and handed scripts over to Olwen and Ollie. They’re now taking merciless liberties with the words – like a madman taking out a furious rage on a helpless pet.

Balanced between the hilarious and the horrific, this show revels in the darkness that hides just beneath the surface. Gravely good fun, but be warned: it will get catty.

“You don’t have to read Poe’s original tale before seeing this clever, sideways adaptation but it will increase your appreciation for the ingenuity shown by its devisers and performers, Olwen Davies and Ollie Smith” The Scotsman

LaPelle’s Factory is East Midlands-based creative partnership between theatre makers Olwen Davies and Ollie Smith. Their work reimagines and recycles, questioning expectations, relationships and modern ideals - and is stained with a viciously sharp dark humour. They are company-in-residence at Attenborough Arts Centre (Leicester) and they are produced by LittleMighty (Leeds).

The Black Cat was made in collaboration with award-winning writer Mufaro Makubika and supported by Arts Council England.