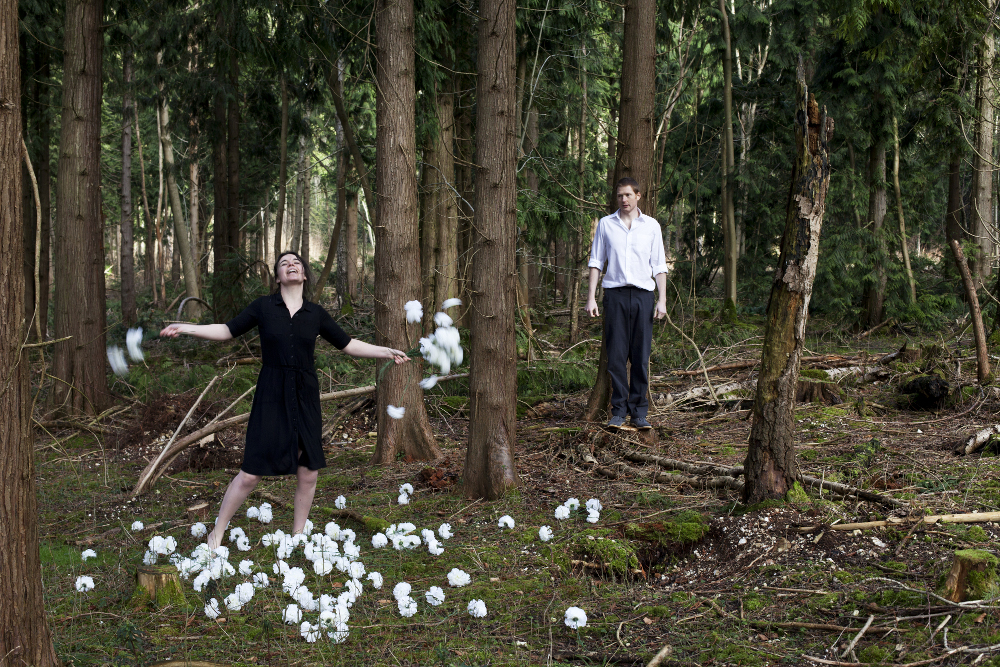 Two performers ­ a man and a woman ­ on a bare stage with 400 flowers. The woman tells a heart­wrenching story about her sister almost dying. She speaks in Bulgarian. The man struggles to translate. When the story becomes too much for her, the woman stops and dances to pounding Eastern European gypsy music. Over the course of an hour, we learn the heartfelt story and we discover the relationship between the couple on stage.