THE ARCHIVE OF MISSING THINGS BY ZUPPA THEATRE 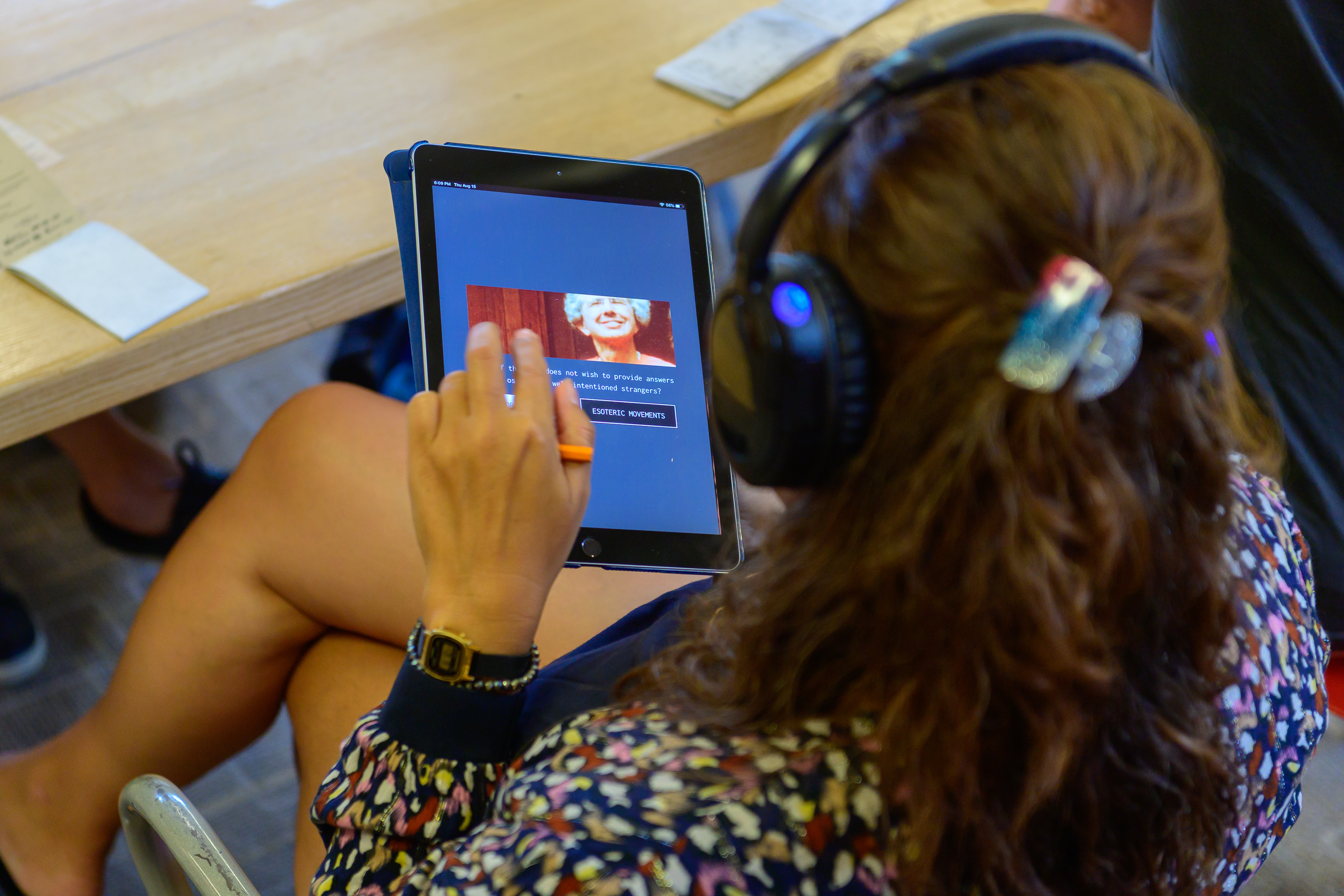 A contemplative game happening undercover in a library.

Equipped with an iPad and a headset, you have 90 minutes to explore a maze-like archive in search of the secret at its centre, guided by a live performance happening discreetly around you. Created by Zuppa with Trillium-Award-winning writer Kate Cayley, this performance, online book and game, travels through the debris of civilization in the age of rising sea levels.

“a hypnotic experience that takes on more layers of mystery and intrigue as it goes on. NNNN.” - Now Toronto

“... one of the most incredible experiences with performance art that I’ve had in recent memory.” - Mooney on Theatre, Toronto

“Imagine a high-tech theatrical hybrid of the works of Marcel Proust and the Myst series of computer adventure games, and you’re in the ballpark of where Zuppa Theatre Co. is playing.” - Local Express, Halifax

Zuppa Theatre Co. is an ensemble theatre company based in Halifax, Nova Scotia. The group has toured as close to home as Mosers River and as far afield as Boston, Vancouver, Bristol and Cardiff, Wales. Zuppa receives operating support from The Canada Council for the Arts, Arts Nova Scotia, and The Nova Scotia Department of Communities, Culture and Heritage, and the City of Halifax.

The company has been the subject of audience and critical acclaim, scholarly articles, and has received numerous Robert Merritt Awards and nominations. Zuppa Theatre Co. is an affiliate member of the Professional Association of Canadian Theatres (PACT).