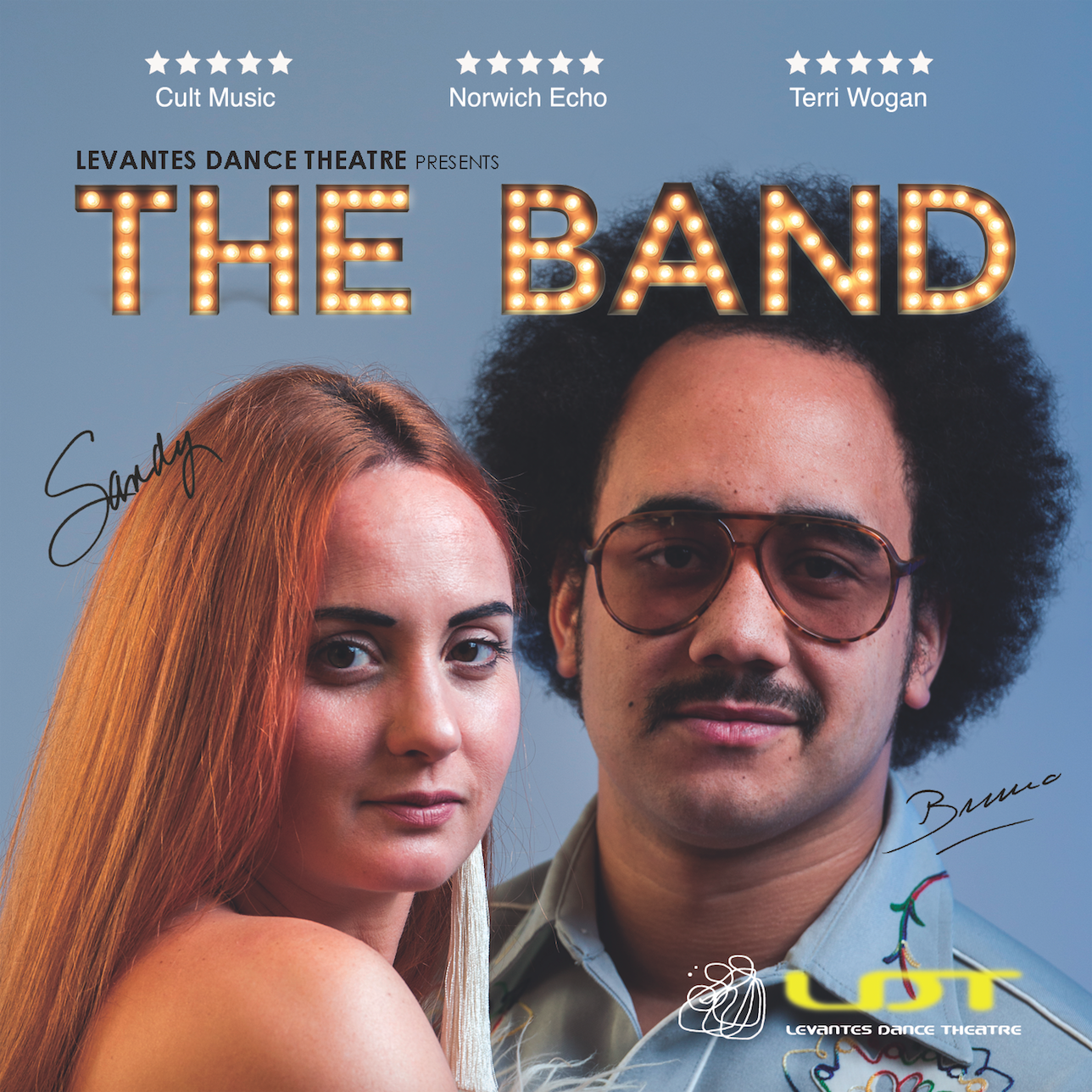 With striking aesthetics and a rousing soundtrack, THE BAND is a quirky, humorous display of desperate ambition and blind affection told through awe-inspiring dance, theatre and circus.

Sandy & Bruno met in the seventies. She was fame hungry, he was doomed to follow her. As one hit wonders, this is the story of their big come-back. With Sandy’s determination and Bruno’s blissful devotion to her, they are here; not by popular demand, but by sheer defiance.

Levantes Dance Theatre create bold, innovative work that tells human stories with flare and gusto. Their trademark visuals and stylistic choreography ensure a thrilling collision of physical theatre, dance and circus performance. Levantes are Associate Artists at Greenwich Dance, who support their projects both in-kind and through commissions.