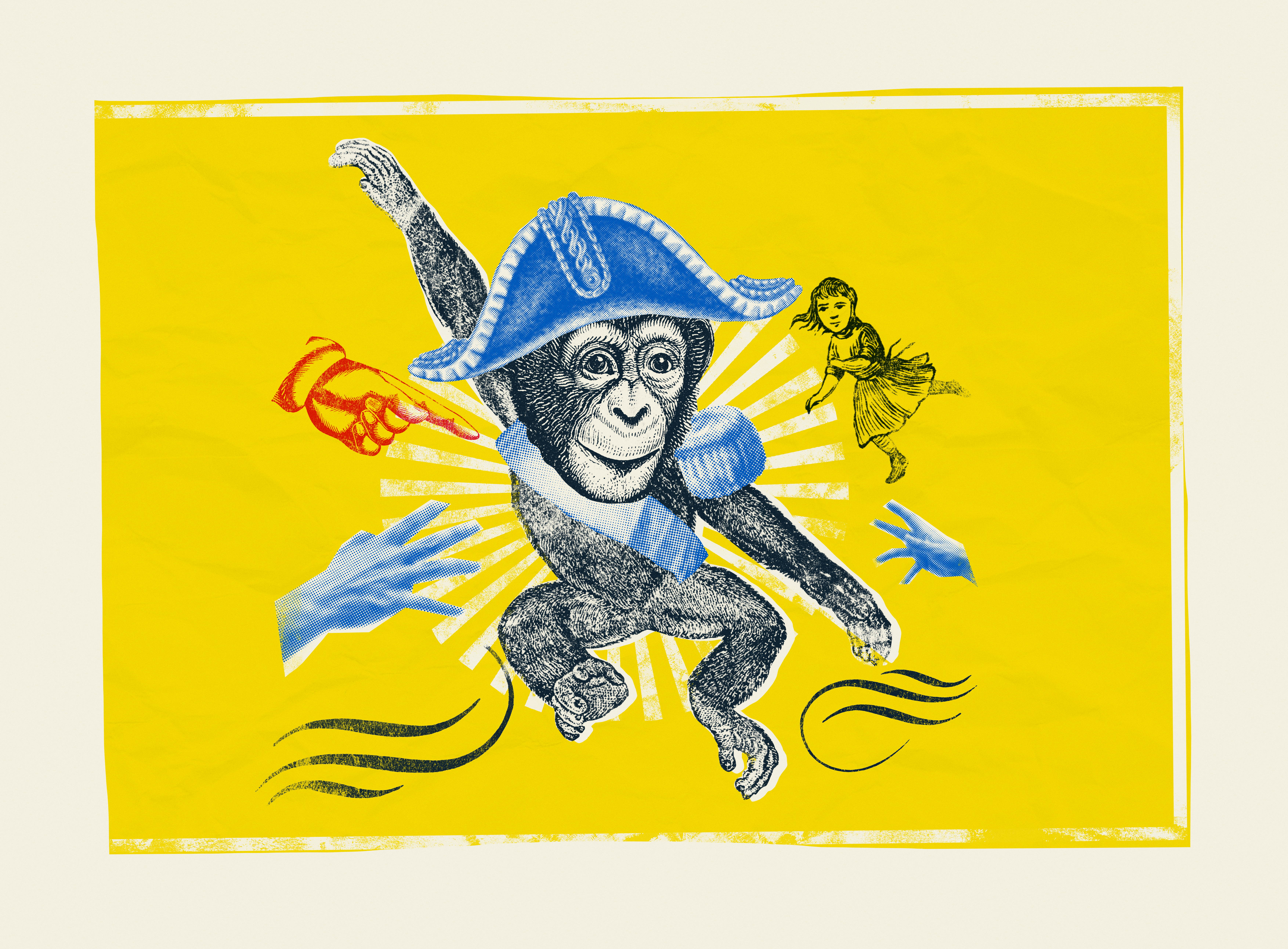 Family ticket: (4 people, for children under 16 and accompanied by at least one adult) £20

The Hartlepool Monkey Trailer from Fuel Theatre on Vimeo.

An adventure story for sea dogs and landlubbers, children and adults alike.

A French ship runs aground off the coast of England. Only a cabin girl and the ship’s mascot, a chimpanzee, survive and make it to shore. But the townsfolk mistake the monkey, in its military uniform, for a spy, and condemn him to a life-or-death trial. What will the verdict be – and can the local children save the day?

The legend of The Hartlepool Monkey has survived the test of time, capturing the imagination of people of all ages for over 200 years, and landing here, on the shores of the 21st century, more relevant than ever. A boisterous crew tell this timely tale through spirited sea shanties and mischievous puppetry from Gyre & Gimble, original puppeteers on War Horse and the team behind Running Wild.

Age recommendation: For adults and children, families and schools. Age: 10+