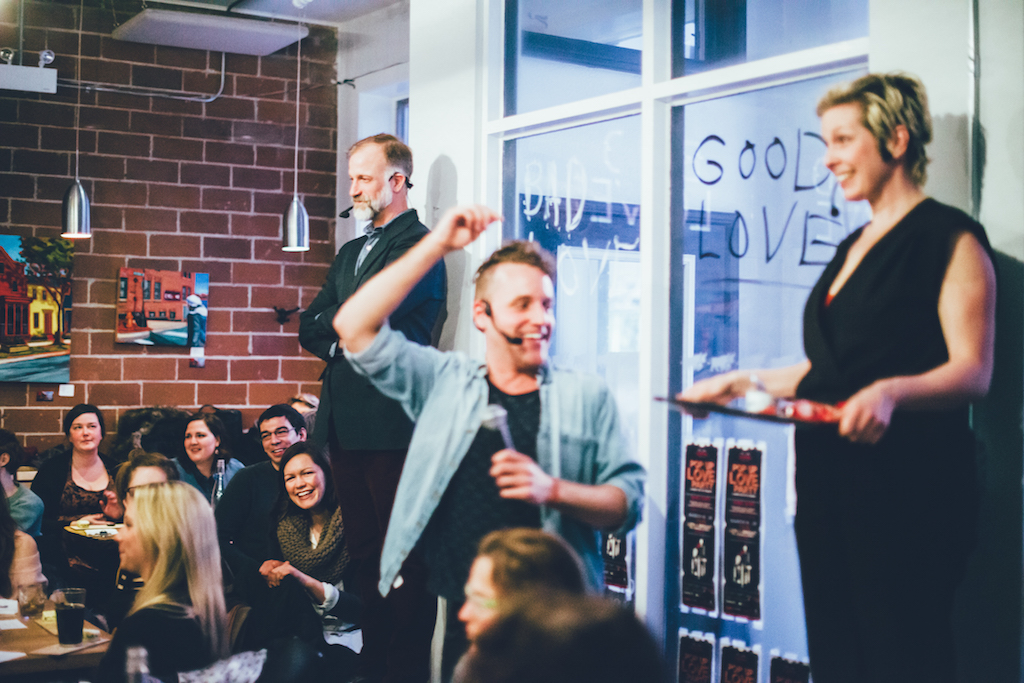 Can you taste a thought? Can old ideas become startlingly present over nibbles and drinks in 2016?

The challenge is this: which of the Zuppa performers can best sway hearts and minds? Who can capture the essence of Plato’s ancient words and make arguments so vivid and current that they get you in the mind, in the guts, and in the pants. Using a variety of theatrical devices and the power of contemporary cuisine, the Zuppas will stop at nothing to seize the day in this celebration of mind, body and love in the 21st century.